The Power of Music

Have you ever been asked if you had to lose one of your senses which one could you not be without?  I can answer if without hesitation; my hearing.  I simply couldn’t be without it – having had a few ear infections I know how miserable I am without it.

The past few weeks of lamentation were hellish for me, I struggled to snap out of it, however I have managed to push away the darkness & soldier on through the tirade of bullshit that can be my life…..a break from it would be nice, but that’s a different blog ENTIRELY!

It’s not about ignoring people. It’s not about being an introvert in an extrovert’s world. It’s about the music filling my head with the melody, instilling whatever mood I need to be in/get out of within the opening seconds of the track.

I only ever train without my bluetooth headphones if I am with Andy, otherwise they’re paired & switched on before I’m even ready to lift.  Without them, my sessions are completely different. 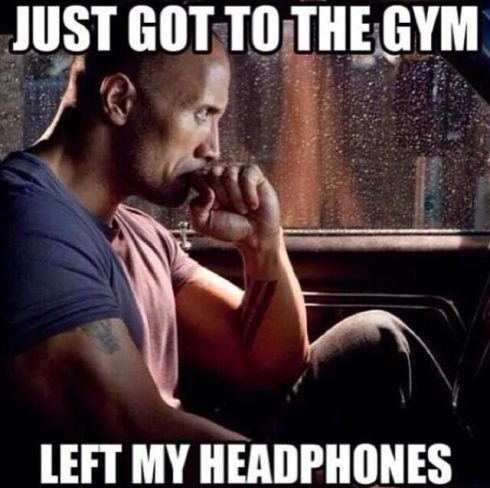 The Rock gets it.  It’s a deep concern; I need to be in a certain mindset to lift that heavy “whatever”it may be & there’s some whiny, tinny beep bop screeching through the gym’s sound system.  Erghhh.  I still go & train, but it’s usually through gritted teeth, a sense of forlorn hanging over me for my forgotten compadre.

Not been to the gym for a week, meant I didn’t listen to music as often – I believe this tantamount to my mood lull.  No tunes & all work makes Jack a dull boy….or girl ;P

Music is life. It helps me to be who I am, or what I need to do.  I listen to a huuuuuuuuuuuuuge range of music, however some genres are out of bounds as I consider them to be noise & not my “jam” although, I know a fair few people consider a lot of my choices to sound like my speakers are broken, or that I am in fact; deaf already. 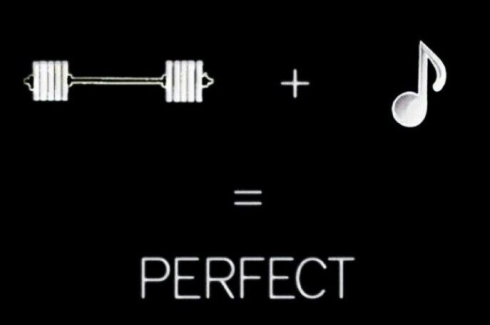 I don’t like when it feels out of sorts

I don’t like not having a “hold” on things

I don’t like the swell of frustration in my head

My head is awash with so much running through it at the minute, it’s hard to string a concise sentence together. Even now, I’ve been sat staring at this page for longer than I care to admit; trying to find the words & not just FFAAAAAAAAAAAAAAAARRRRRRRRGGGGGGGGHHHHHHHHH!!!!!!!  When I’m occupied to a level that I can only think on what it is I’m doing at that very minute; I am fine.  It’s when I have a moment, I used to enjoy the peace, the solitude, the “alone time” and now it feels like a constant buzzing of white noise whirling around. 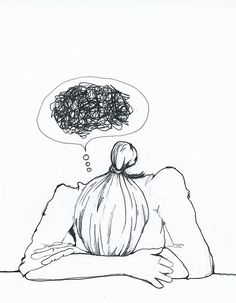 I used to be of the belief that if you can change something, to change it & if you can’t; to forget it & move on. You’ll waste too much energy dwelling on things that you have no control over.  I probably still think that way, but at the minute I am stuck & I hate it more than I’ve hated anything for a very long time.  My previous post was about frustration & I guess this is a follow-up (after a conversation with Andy on Friday) as I kinda have a clearer idea; a new perspective on how to look at it.

You can either let the frustration take over you & allow it to consume you or you can look at it as a driving force to become greater than you thought you could be.

So, in a nutshell.  I’m pissed off.  There’s so much that annoys me at the minute it’s hard to see the light, however being as annoyed as I am with many aspect of my life, shows that I’m not happy with my current situation -which is a GOOD thing.  It means I don’t want to settle, I don’t want to just “be”

It’s given me the vigour I’ve desperately missed for the last few weeks, if not months.  I got complacent, then got irritated.  The irritation is my driving force.  Not happy?  Use it! Channel it into something that will make you happy.

Phillipe wants to go down the safer looking route

Since Friday, I’ve had some of the best training sessions I’ve had for a long time.  I deadlifted more on my own than I’ve done since about February, I gave myself some of the most heinous DOMS that the cycle to the gym today felt like I was cycling through thick glue & it was never going to end.

Today, my session was incredible. I felt so content leaving the gym, there’s something to be said about hormone releases during exercise.  It’d have been interesting to see my dopamine levels as I was cycling home – interesting fact, there’s a blog post about dopamine & it’s effect on your motivation levels, not just it being the “reward hormone” It made a lot of sense to me, this feeling I have now is one that a few years ago was with me permanently, I was driven to be better, I strived to become greater than I was, I wasn’t going to be beaten or have someone be more recognised than I was (this was in a work environment where I excelled)

It was an eye opener.  That time in my life is gone, I miss it everyday & the void it left inside me was getting bigger.  I *think* I’ve finally found the solution.  Training has taught me so much about myself.  This last year has seen me do so much more than I ever thought possible, it’s given back to me more than I could have ever imagined.  I’m not the physically strongest, but fuck me; I’ve had some pretty epic hurdles to jump over since I started this blog.  My self doubt, my struggles with food, overcoming the desire to quit – more than once.

How I feel now, was the feeling I had when the year started – before everything started to go wrong.  I still wonder where I’d be now if everything had gone smoothly this year, but what would I have learned?

Side note:  Having an AMAZING support structure has helped me overcome the darkness that was trying to swallow me.  Thank you, Burton.  Thank you Gem & everyone else that has messaged me recently.  you’ll never know how much your kindness has helped me.  ❤

I leave you with an image of the cheesecake I made when I got home from the gym: 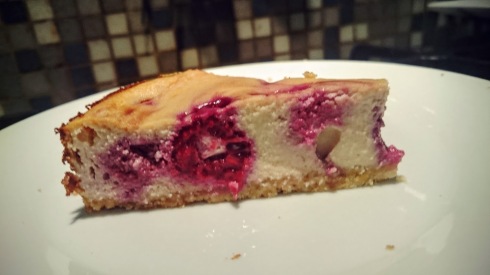 All Aboard The Frustration Train!!

Urgh.  It feels like it wasn’t that long ago I wrote a post similar to this.  Like a perpetual cycle of highs and lows; the highs are amazing & the lows are, frankly, more annoying than an itch on the sole of your foot when you’re wearing boots that have 12 feet of shoe lace & you’re wearing a corset.

A few weeks ago my training programme changed, this one has taken weeks to get used to & I’ve been sticking to weights that I *know* I can handle, not necessarily seeing if I can go higher than before (I like round numbers, doing 5 or 7 of something doesn’t sit right with me & if I can do 8 then I may as well try to do 10)

I had a few days away from the gym last week (for the past few weeks I’ve not had a proper rest day, I’ve always been doing something) so on those days away I spent a fair amount of time reading & trying to find out where I was going wrong.  I’m still a novice with lifting & my PT was away on business so I couldn’t pick his brains.  Anyway, in those days I realised that most of my heavier lifts haven’t changed for MONTHS; I know that training isn’t about consistently getting those PR’s but my thinking was how can I continue to progress & get out of the constant plateau that I’ve been floating on for the last few months (weight loss isn’t a goal, so IDGAF what the scale says)

In my reading mission, I read a great post from Chris Mullen about bulking (something I’ve heard about, but never gave it much thought) towards the end of the post he said:

Remember though, TRACK YOUR MACROS, ok you’re bulking so it’s never going to be perfect but you have to have some idea, how else are you going to grow muscle?! You need to eat in a surplus to build muscle.

The severity of this surplus will determine the ratio of muscle mass to fat mass you gain.
You can only build muscle at a certain rate, so a big surplus will inevitably lead to lots of unwanted fat gain. Conversely, too small a surplus and you might stay lean, but your muscle building will be compromised.

You need to spend time consciously building muscle if you wish to look muscular in any way (hence ‘bodybuilding’).

I’ve underlined the part that resonated through my head.

Andy told me I need to watch my eating when I first started cycling & I’ve been eating to maintenance for a long, long time. Maybe I haven’t.  Maybe I’ve thought I was & in actuality I’ve been under-eating….it’s a possibility. It’s a possibility that I’m now exploring, I’ve changed my macros to suit & am hoping that the extra calories gives me that boost to be able to lift more.

I’ll report back after a few weeks & let you know how it’s going!